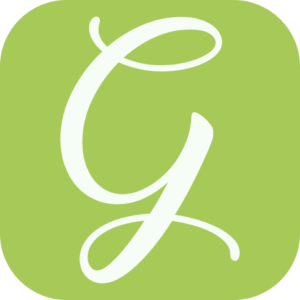 Greener is the social climate app for the Netherlands: your daily dashboard for climate action.

Scroll down to read Caspar’s story.

Greener is the Social Climate App for the Netherlands. Use Greener as your daily dashboard for climate news, personal challenges, e-learning, events, meeting new people and much more. Challenge yourself and your friends to become a Climate Guru in 20 levels.

Greener empowers everybody to make a real difference for the planet, in a way that is accessible, social and fun. Our belief is that by bringing people together, we can increase our positive impact on the planet. We leverage social networking and gamification to bring green citizenship within reach for everybody, and to turn climate worries into concrete action.

How would you introduce yourself when meeting a new person?
I’m a musician and an environmentalist.

What motivated you to become an entrepreneur?
I have always been very interested in nature, but I used to think that since there were other people working hard on solving global environmental challenges, I didn’t have to deal with that and could devote myself to music. Later, I was inspired to take action myself, mostly through the books I’d read. Particularly the works by Daniel Quinn were a big influence. I started Musicians for Climate, a music foundation, where the idea was to bring together my two passions and use the power of music to move people in a different way than pure statistics. Several years ago, I felt it was time for a career change. I knew that I wanted to contribute to a better world by advocating for animal rights and the environment. The entrepreneurial route was a natural choice for me, stemming from my musical background, and because I enjoy being responsible for my craft and personal development. I also enjoy the creative process and the ability to work on various different tasks. Ultimately, the idea behind Greener closely relates to my own journey. I wanted to make a difference in the world but didn’t know where to start, and at times I felt alone in my environmental worries. I lacked a tool that would guide me in making a positive impact and connect me to a bigger movement.

What do you consider to be your greatest achievement?
I’m very lucky to have found the 10 inspiring people who are now part of Greener’s team. I was glad they decided to come on board, even before there was a tangible product to show them. They believed in the idea from the very start, and together we managed to make it happen. The nomination for the 100 most sustainable young leaders has reinforced our conviction that the problems we are trying to solve – the feeling of worrying about the climate situation, but feeling powerless to do something about it, the wish to connect with like-minded people and to deal with the climate crisis in a positive, fun and effective way – is recognized by many others. We see that there is a clear demand for a solution.

What do you do on a daily basis to grow as an entrepreneur?
It is important for me to find time every day to escape from reality, which then allows me to come back and see things in a different light. I do this through music, I play the piano and saxophone. I also love cinema, playing table tennis and reading. As I mentioned earlier, the works of Daniel Quinn were truly eye-opening, particularly Ishmael, but on the topic of entrepreneurship, I would also recommend The Lean Startup by Eric Ries.

What advice would you give to your younger self?
I would tell him to buy some bitcoins (laughs). But all joking aside, growing up I used to worry about choosing the ideal path in life, but I see it now as an irrelevant concern. The important thing is to enjoy the journey and the different adventures life brings because after all, it would be too boring to plan it all in advance and then stick to one path. The fact that I have many options in life to choose from is a huge privilege, and the realization that there are others who do not have that privilege should be an inspiration to just get to work and do something fruitful for others, instead of spending so much time worrying. At Greener, we all try to live that way.

What are you recently up to?
We’ve just finished a successful pilot period for Greener, in The Hague. And we’re very excited about our upcoming crowdfunding campaign, and the official launch of the app later in the year. Anyone who can’t wait to use Greener can go to greenerapp.nl and sign up for early access!

You can find out more about which cookies we are using or switch them off in settings.

This website uses cookies so that we can provide you with the best user experience possible. Cookie information is stored in your browser and performs functions such as recognising you when you return to our website and helping our team to understand which sections of the website you find most interesting and useful.

Strictly Necessary Cookie should be enabled at all times so that we can save your preferences for cookie settings.

If you disable this cookie, we will not be able to save your preferences. This means that every time you visit this website you will need to enable or disable cookies again.