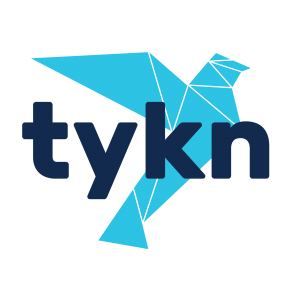 Tykn exists so you can prove your identity globally, preserve your privacy and be resilient to data hacks, leaks or breaches. Because people matter.

Vulnerable populations such as refugees are the first to suffer the problems of the current identity management systems: siloed, inefficient and paper-based infrastructures. Without portable, private and secure identities they become even more vulnerable, losing access to basic human rights such as education or healthcare and becoming in danger of trafficking, slavery, and sexual exploitation.

But this problem outreaches refugees. Your personal information – such as name or credit card details – can be misused, putting you in financial trouble or worse. Since 2017, more than 600 million personal details were breached, leaked or hacked. Much of this data was either sold to scammers or used to order goods online.

Last year, fires, earthquakes, and floods affected millions around the globe, including France and Italy. During disasters, identity registries can be disrupted making it difficult to identify and verify people for aid distribution. The refugees of the future could be the citizens of Paris or Amsterdam, as climate change and natural disasters do not discriminate.

Through an innovative identity management solution leveraging distributed ledger technology, we make sure your most personal data is portable, private and secure. Protecting everyone’s access to their human rights. Because people matter.

You can find out more about which cookies we are using or switch them off in settings.

This website uses cookies so that we can provide you with the best user experience possible. Cookie information is stored in your browser and performs functions such as recognising you when you return to our website and helping our team to understand which sections of the website you find most interesting and useful.

Strictly Necessary Cookie should be enabled at all times so that we can save your preferences for cookie settings.

If you disable this cookie, we will not be able to save your preferences. This means that every time you visit this website you will need to enable or disable cookies again.